Spread over several regiments across the whole of mainland France and its overseas dependencies, military sites are locations considered sensitive due as much to the security of military personnel as to the protection of the equipment housed there.

These high security sites therefore require a complete and optimal security system in order to avoid any intrusion by unauthorized persons on to the military base itself.

Peripheral security for military bases is a major component of a site's security system and constitutes the first line of defense against any attempt to intrude on to the site. This is made up of fences topped by a coil of barbed wire known as "razor wire" which, in addition to their aggressive appearance, makes the fences extremely difficult to cross.

This system can also be electrified or connected to a shock detector, which makes climbing the fences almost impossible. The installation of a video-surveillance system covering the immediate area is also required, and this is accompanied by a system of patrols performed by the soldiers themselves.

In fact, the patrols carried out by the soldiers are combined with a set of security pass readers, placed in strategic locations, in order to ensure that they actually pass through that sector. 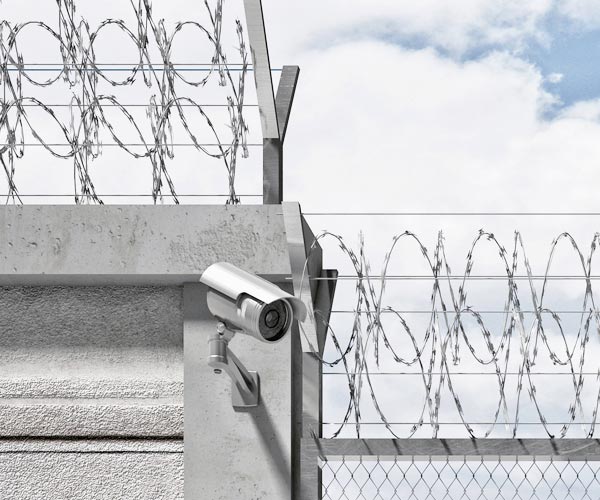 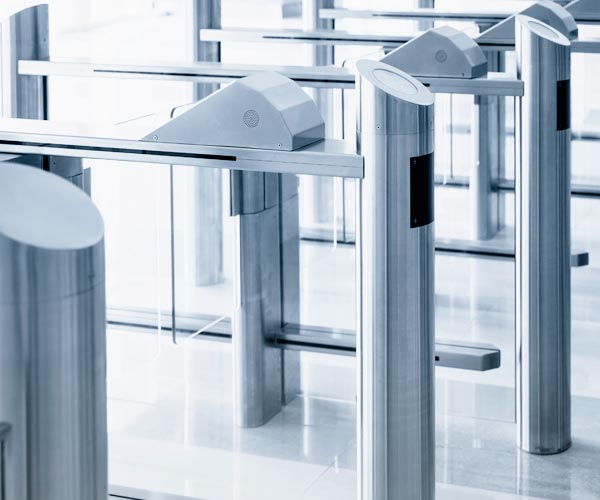 This access point is the only point of entry for soldiers, but also for their families too, as these bases are also the living quarters for soldiers and trainees. To these we also need to add any external contractors coming in to maintain buildings or green spaces. For pedestrians, the entrance is basically fitted with a secure unmanned turnstile which can ensure that only authorized persons can enter and deny entry to anyone not authorized.

This type of access control is called 'anti-passback' and it allows the system to know the number of persons on the base in real time; this then helps emergency personnel in case of fire.

For vehicles, a retractable bollard is installed at the entrance in order to prevent any forced incursion by an unauthorized vehicle.

In order to manage comings and goings effectively and authorize access to the various buildings making up a military base, access control by security pass is the most relevant choice.

Depending on how it is programmed, this allows or prevents access to sensitive or strategic areas such as the armory, munitions dump, garage door and armored vehicles, but also to the IT machine room.

Connected to a security PC, this system allows you to see access attempts in real time but also to cancel a security pass instantly should it be lost or stolen.

Due to the equipment and products stored therein, some areas must be fitted with door closure systems having an extremely secure and specific security system. This is the case for any doors into munitions dumps. In fact, because of the risk of explosion, these doors are fitted with anti-flash locking systems.

These reinforced locks with a panic function installed on a certified anti-explosion door are resistant to any ignition which may occur on opening the door and thereby ensure it remains locked.

Some areas where there is a very high risk of explosion (explosives laboratories, for example) are themselves fitted with ATEX standard locks (EXplosive ATmospheres). These locks have a strike plate made of a synthetic material to ensure that no sparks can be caused by friction and thereby cause an explosion.

Do you need advice? Our experts are on hand to answer your questions and support you in every step of your project.

Our website has detected that you are using an outdated browser. Please upgrade your browser to visit the website.

Our site uses cookies. By continuing to use our site you are agreeing to our protection des données.

A cookie is a small file stored on your terminal (computer, smartphone, etc.) and associated with our website. They allow us to analyse the audience of our pages in order to better understand the expectations of our visitors.